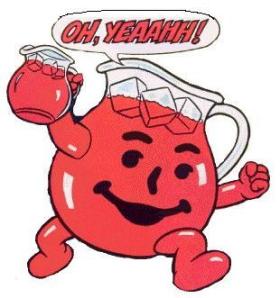 The Republican establishment’s ham-fisted courtship of the American electorate feels like watching the science nerds on The Big Bang Theory hit on a hot girl. Over and over again. The same way. Getting more and more uncomfortable each time. Oh, you like immigration reform? Uh, I can do that. Border security? No? Ok. Just tell me what you want. I’ll do anything. Anything!

Meanwhile, the girl gets the nice little nerds to buy her pretty things, then runs off with the jerk boyfriend who treats her like garbage.

Plouffe isn’t just posturing. It’s the reality on the ground. Mr. Plouffe explains, “You know what? We won the Cuban vote….It’s probably my favorite stat of the whole campaign. So this notion that Marco Rubio is going to heal their problems — it’s not even sophomoric; it’s juvenile! And by the way: the bigger problem they’ve got with Latinos isn’t immigration. It’s their economic policies and health care. The group that supported the president’s health care bill the most? Latinos.”

Polls differ on who outright won the Cuban vote in Florida, but at worst, Obama won 48% of their vote, up from 35% in 2008. Will Rubio’s ethnicity and charisma overcome the Republican deficit with Hispanics? The “Tea Party Cuban-American” couldn’t even deliver his home state’s Cuban-American population. An important lesson of last year’s election was that Dems have a much better grasp on what people want to hear and what motivates them. Plouffe should be shutting his mouth about how out of touch Republicans are, and go on winning elections, but he’s so astounded that they’re playing make believe about why they can’t win the Hispanic vote, he can’t help himself.  END_OF_DOCUMENT_TOKEN_TO_BE_REPLACED