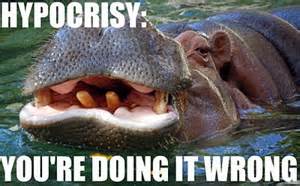 I don’t really get “young earth” Creationism. If the world was created 6,000 years ago, then how do you explain the fossil record, which provides clear evidence of much older life? Why would God jam million-year-old bones into the bedrock just to confuse us? While He certainly isn’t averse to mystery (quite the contrary), this would fall into the realm of purposefully misleading.

On the other hand, I don’t get the near conniptions thrown by secular progressives in response to Creationists, as if a misguided belief about the origins of Earth is any more damaging to young minds than inadvertently hearing a Nicki Minaj song on the radio. Furthermore, their disgust with Creationists’ lack of acceptance of scientific evidence is a prime example of their not listening to Jesus’ teaching in the only subject they claim he cared about. Hypocrisy.

Who really knows what happened 6,000 years ago? No one. But in the 5,999 years and 364 days since, people have consistently responded to financial incentives, yet the left still acts astonished when it happens. For example, when France’s new Socialist president enacted a 75% tax rate, a number of prominent millionaires left the country to avoid the extortion. How did the socialists react to this perfectly predictable response to their new policy? Shocked outrage.

Beyonce’s chart-topper Single Ladies is a tribute to fed up women who have finally kicked an unappreciative man to the curb. The culture rightfully cheers on those independent women.  Yet when the abuse is financial, and an unappreciative society undermines small business owners or others making more than $250,000, the rich are expected to turn the other cheek, and are vilified as ungrateful traitors when they have other ideas. All hail the god of Envy.

In another case of blind-faith-divorced-from-reality, liberals act as if the good intentions that propelled Obamacare’s own creation story can overcome the obvious flaws in its design. Good intentions don’t justify ignorance of economic history and of the lessons that civilization has learned. The law of unintended consequences remains. Government takeover of an industry has never enhanced innovation, improved efficiency, or “bent a cost curve” in a good direction. But in the “progressive” worldview, the intentions (compassion) justify the means (government power) and the ends (misery) are hardly an afterthought.

Moreover, it’s still unclear whether the true intention was compassion or control. Before you accuse me of being a paranoid right-winger (which I am), take a moment to think about it. If a meals-on-wheels program was hurling plates of food at the homeless while driving 60 MPH down the highway, claiming the urgency of hunger forced them to, we’d start to question both their sanity and true motivation. How much different is that from hurriedly passing a 2700 page national health care “reform” bill “to find out what’s in it”? Three years later, the shattered plates are everywhere, and in the ultimate make-work, we’re paying people to pick up the pieces: 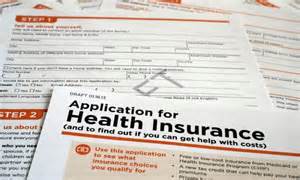 When doctors are forced into government unions, maybe their opinions will matter, but until then the left feels free to ignore the alarming poll results:

ObamaCare probably means fewer doctors, too. In the Physicians Foundation Survey of 13,000-plus physicians, more than half plan on cutting back on patients, switching to cash only or quitting over the next three years — thanks largely to the president’s “reform.” Indeed, 60 percent say they’ll retire if they can.

According to the AARP, there is now a projected shortage of 45,000 doctors by 2020. That frightening prospect, which is based on easily measurable inputs, receives less attention than flawed climate models’ predictions of a couple degree increase in world temperatures 100 years later. It’d be like if we had the ability to interview the climate, and it was like, “Oh yeah, I’m totally jumping up 10 degrees next decade!” and idiotic climate change deniers like myself just ignored it (or worse, tried to demonize the climate for its selfishness).

Pop quiz, hotshot. You passed a law that added millions of health care customers, but that law simultaneously incentivized older doctors to retire earlier and aspiring medical students to choose different career paths. What do you do? What do you do… 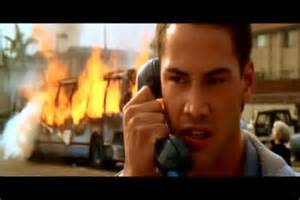 If you’re Obama and his minions, you make a super-serious Keanu Reeves face and try to jump an LA city bus with 50 people on it over a 40 foot gap, not realizing that only works in the movies (and even there, just barely).

Creationist beliefs cause a minuscule portion of the population to have a confused mindset about how to react when scientific evidence disproves their religious views. Statist blind faith is going to cause hundreds of millions of people to have trouble finding a qualified doctor when they need one. There should be no confusion about which one is worth getting worked up about.

6 thoughts on “Creationists for Obamacare”