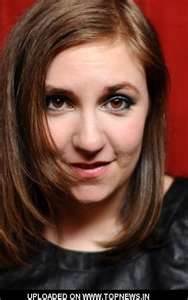 • The presidential debate on foreign policy was held Monday night, and basically Mitt Romney played that game where you repeat everything someone says until that person starts to get really annoyed.

• The day after the debate, President Obama released his creepily titled new book, “The New Economic Patriotism:  A Plan for Jobs and Middle Class Security”.  His last campaign book was 464 pages and covered the next 50 months. This most recent book is 20 pages.  Republicans are hopeful that the proportionality is a sign of his impending defeat, while Democrats are scoffing that it is meaningless… well, except for Dennis Kucinich, who pulled out both his pocket calculator and pocket Mayan calendar before audibly gasping.

• Indiana Republican Senate candidate Richard Mourdock clumsily phrased his response to a debate question about abortion, which sounded as though he thought a rape that caused pregnancy was something “God intended to happen”, when he meant to say the resulting human life was. When reached for comment, Missouri Senate candidate Todd Akin replied, “Pregnancy from rape? If something impossible happens then of course God intended it. It’s called a miracle, dummies!”

• In a Libya scandal that gets more depressing by the day, emails were released showing that the White House was made aware just two hours after the attack that a terrorist group had claimed credit. Defending themselves, the White House said that when it saw the email came from Africa, they immediately deleted it, assuming it was just another billionaire Nigerian prince thanking Joe Biden for providing all of his personal information for a “mutually profitable opportunity”.

• In Italy, six scientists were sentenced to jail for not properly communicating to the public the possibility of an earthquake, which occurred soon after, killing 300 people. Critical in the case was the prosecution’s surprise witness, noted natural disaster expert Kanye West, who testified, “Those geologists don’t care about Italian people.”

• Donald Trump and Gloria Allred both obnoxiously inserted themselves into the presidential race, with Trump offering Obama $5 million for his college transcripts, and Allred unsealing the divorce records of a friend of Romney’s. The moves are expected to cause dramatic swings in polls of unregistered voters.

• Girls creator Lena Dunham, an unlikely source, released a powerful pro-abstinence ad, where she warned young girls that losing your virginity feels as bad as voting for Barack Obama. Dunham spoke movingly about the promises that get made but later broken, wearing on her face the self-loathing and regret that comes with both decisions.

• Multiple recent national likely voter polls, including Gallup and Rasmussen, showed a Romney lead consolidating at 50 to 47 percent.  The Republican candidate said that he’s exciting about the growing possibility of his becoming the next president of the United States, but even moreso about being vindicated on his earlier controversial guarantee that “there are 47 percent of the people who will vote for the president”. Romney gloated, “Not even Joe Namath picked the score! How do you like them apples!”