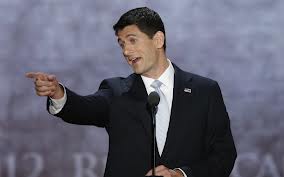 Paul Ryan smiled. Again. The boyish grin, the inside joke, all on Obama. Do I look like the guy who would chuck my own mother off a cliff? I get choked up just talking about her. Would I chuck away any grandmother for that matter?

The Obama campaign’s steady barrage of ad hominem attack ads prove that the 2012 election is going to hinge upon the premise that Obama has failed. However, the sitting president will only be ousted if voters find Mitt Romney to be an acceptable alternative.

Understanding this reality, Democrats have themselves gone to rhetorical extremes to paint the Republicans as extremist. A Romney administration would kill old people, crush young people, diminish women, and chain minorities, all to preserve the affluent lifestyle of rich, middle-age, Christian white men.

In light of this, the Republicans are using the convention as an opportunity to show their true brand: young, diverse, idea-driven innovators who have successfully implemented at the state level the same reforms that Romney would implement nationally. That is why Paul Ryan is the VP candidate and not Tim Pawlenty or Rob Portman.

These young, reform-driven Republicans implore voters: Give us a chance.

However, voters fear the unknown, and they don’t know these Republican reformers.

Movies sometimes build suspense using shadows. When a group of terrified teenagers dashes down an alley and finds a growing shadow with razor teeth looming in front of them, they tuck tail and run or stand paralyzed awaiting certain doom. When the shadow’s source emerges, and they see it’s just a friend, the group sighs in collective relief as they realize that the specter was nothing but a trick of the light passing over his umbrella.

Such was the looming shadow of NJ Governor Chris Christie’s speech on Tuesday night. Christie is the fire breathing Republican warrior just waiting for the next inane complaint from an angry NJEA activist to satiate his voracious appetite to appear on Youtube. Here comes the shadow, and it’s going to get you. Democrats want people to believe this of a Republican controlled government as well.

Then Christie took the stage, and instead of spewing fire and roasting Obama’s failed record to crumbling cinders, he spoke of family and bipartisanship. He offered a glowing tribute to his late mother and defined the role she played in shaping him as a man. He didn’t speak out against Obama, but rather for the truth.

New Jersey’s governor followed this with soaring rhetoric about a second American century and about rising to this moment as “masters of our [destiny].” According to a Pew Research Center poll, it’s a sentiment that sixty-two percent of Americans agree with. The Republican message: We get that you see America as exceptional, and we agree. After all, you built it.

Undecided voters watching the speech at home must have thought, “This is the terrifying beast they warned us about? He’s not so bad.”

The anticipation of Christie’s speech versus the reality of his speech became a microcosm and a powerful symbol of the Republican message to all of America:

Ignore the snarling shadow from the Democrat light tricks. We are the acceptable alternative.

Paul Ryan followed in kind. He spoke of family and the hard times facing all families. Then he delivered a message similar to Christie’s. We’ll tell the truth, and we won’t duck the tough issues. If Republicans sound tough, that’s because the issues are tough, not because Republicans are extreme.

Then with that rueful grin, he took aim at Obama’s record, going further than Christie had. From Ryan it didn’t seem so bad, like an old joke we’ve all been in on for a long time. It was mischievous but not nasty. And it reinforced the running theme.

If the people have nothing to fear from the Republican’s fiercest firebreather or the guy who wants to scourge seniors from the planet, how bad can Mitt Romney be, the man who broke tradition to run out on stage after his wife’s speech to kiss her on national television, reinforcing the image of the loving and devoted husband she described? What’s so extreme about these guys?

Christie didn’t mention Romney and Ryan until the end of his speech. He spent much of the speech talking about himself. Pundits made much of this and called it his 2016 nomination address. Similar comments were made on the Ryan speech. It was great for Paul Ryan, but how did it fit Mitt?

Whatever the criticisms, if undecided voters walked away from the last two days thinking the Republicans aren’t so bad, not so extreme, then Christie, Ryan, and the rest of the lineup struck a devastating blow to the entire premise of the Obama campaign.

2 thoughts on “The devastating impact of the Christie/Ryan speeches”

Leave a Reply to don't tread on me! Cancel reply