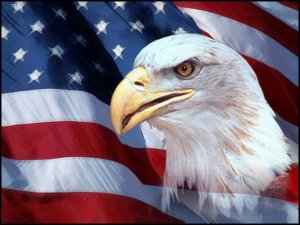 Budget constraints and customer needs dictate the way businesses behave.  So too can electoral realities and voter needs transform the way politicians behave.

One month after decrying the entire American notion of exceptionalism in his infamous “You didn’t build that” rant in Roanoke, VA, Obama has turned around and hopped on board the American exceptionalism bandwagon. At a Denver, CO campaign rally, he stated:

If Mitt Romney’s conservatism is a second language, as columnist George Will put it, then Obama’s exceptionalism is a fourth language spoken in broken phrases.

Ignoring the repeated nods to unions and academia in the comments above, Obama’s new rhetoric accepts a basic reality of the American political scene. While many Americans differ on what “exceptionalism” means, most Americans still want to believe in an America that is great, and they want to believe that each of us is a part of it.

Americans still closely associate the success of the country with individual success and initiative, contra the socialized greatness described in the Roanoke speech, an attitude more in line with our European friends across the Atlantic.

In a Pew Research Center Poll, citizens from the United States, Great Britain, France, Spain, and Germany were asked what is more important: that people have the freedom to pursue life’s goals without state interference or that the state guarantees nobody is in need. The United States answered 58%-35% that freedom is more important than security, while the Western Europeans replied 62%-35% that state guarantees are more important. This poll also asked if “success in life is determined by forces outside our control.” Only 36% of Americans agreed with this statement, while Western European responses ranged form 41%-72%.

We can see that this statement doesn’t hold water given the Pew poll numbers. The world doesn’t have the same view of exceptionalism as Americans do. It’s a concept Americans grasp instinctively, but a concept that Obama seems to wrestle with. In a world where 2.5 billion people still cook their meals over old three-stone fireplaces, Americans understand we are different.

North Korea and the United States both have roads, bridges, and teachers. Only one of these countries has the American people.

Mitt Romney would call it a difference in culture, an argument that correlates to the one he recently made in Israel, and an argument made by an ideologically diverse group from Max Weber to Richard Cohen. A culture that strongly believes in economic freedom and that the individual has the power to succeed if he works hard enough will more likely succeed than someone who believes he is a hapless victim of happenstance cast about by cosmic whims (or in social democratic Europe, cast about by the state). The latter mentality leads to less productivity and ever greater reliance on an increasingly untenable welfare state.

A thriving capitalist system depends on citizens who strongly believe in individual consequence. Citizens must also possess the self-confidence that one can make those consequences positive and that they should benefit from the results. In America, we possess this dynamic. According to a recent GlobeScan survey, 58% of Americans (interestingly the same proportion who hold freedom in higher regard than security) believe the “rich” deserve their wealth.

Conservatives do not hold exceptionalism and government as mutually exclusive. The recent success of the Curiosity rover Mars landing, achieved by NASA, is a source of national pride and a testament to American ingenuity and technical achievement. Conservative columnist Charles Krauthammer has lamented the loss of American initiative in manned space capabilities. What conservatives are against is government coercion that conflicts with the economic freedom that 58% of Americans believe to be more important than confiscatory taxation that redistributes billions of dollars for the sake of feel-good politics.

Whether an entrepreneur logging eighty hours a week to startup a small business or the thousands of man-hours involved with NASA’s Mars Curiosity rover, the common denominator is not government, but the outstanding achievement of individual American citizens. In either world, having management take credit for the accomplishments of others is a sleazy thing to do. Obama and Democrats speak like one of those managers when making snarky comments such as this from Obama’s Roanoke comments:

I’m always struck by people who think, well, it must be because I was just so smart.

The problem is, you cannot socialize exceptionalism. Superhuman Dash notes this in the movie The Incredibles when his mother says, “Everyone’s special, Dash,” to which the plucky eight-year-old replies, “which is another way of saying no one is.”