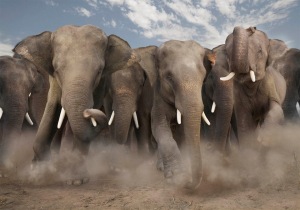 With his thirteen-hour filibuster of John Brennan, Rand Paul instigated the first elephant stampede in two years. He ignited a party so inured in screechy impotence and patchwork defense that it often fails to recognize winnable battles. Paul found such a battle, and accomplished a rare feat for Republicans. By putting U.S. assassination policy on national display, Paul not only inspired the GOP to attack, he also put Obama on defense.

Some of the old-guard Republicans griped. After dining with Obama the night before, John McCain took to the Senate floor the next morning, bashing Paul with snarky comments about appealing to “impressionable libertarian kids in their college dorms.” This one utterance summed up the GOP’s problems of 2008 and 2012. What sort of politician seeking national viability for his party knocks an appeal to any group of people? Paul’s filibuster united a diverse cross-section of Republicans and even some Democrats. This success should be saluted, not derided.

The Democrat support was a nice touch, generated by what’s known in chess as a discovered attack. By attacking Obama’s left flank on drone strikes and putting him in check, he forced Attorney General Eric Holder to answer Paul’s charges and develop a rationale that would inevitably rile the Democrat anti-war base. It’s a rare moment when the Washington Post’s Eugene Robinson and National Review’s Kevin D. Williamson agree. Rand Paul, bipartisan workhorse.