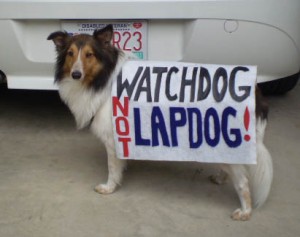 If a group of corporations got together to decide what to tell the public about  a product in order to engage in price fixing and create an economic monopoly through collusion, the liberal media would call for arrests and indictments. When the liberal media engages in the same behavior to decide how to frame a foreign policy story as a Romney failure in order to get Obama elected, it’s considered due diligence.

We call it ‘information fixing.’

On Tuesday night, Romney issued a strongly worded statement denouncing apologetic tweets to Muslim extremists from the American embassy in Egypt that correlated with the brutal attacks on American embassies in Eqypt and Libya. Rather than seeking further information on how a Romney administration would handle a similar crisis, thus providing some insight for voters still figuring out who to elect as their next president, the liberal media engaged in journalistic collusion against Romney and framed the issue as a question of Romney’s tone and sensitivity.

According to the blog Right Scoop:

Before Romney issued his statement today, an open mic captured the press coordinating questions to ask Romney, with one saying “no matter who he calls on we’re covered on the one question.”

The following is the overheard conversation:  END_OF_DOCUMENT_TOKEN_TO_BE_REPLACED