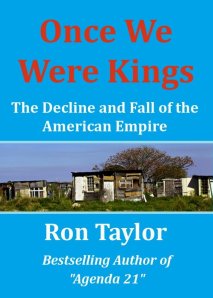 I’m too young to remember the tail end of Jimmy Carter’s presidency and the ‘malaise’ it invoked, so I ask those who do remember:

A drifting economy in which persistently high unemployment is considered so normal and unimportant that the federal government is trying to flood the United States labor market with amnestied illegal aliens? And the rationale that Republicans are using for supporting the bill is so that the President of the United States doesn’t illegally legalize them first?

How about inane causes drummed up by a country so frivolous and capricious as to campaign to dub Washington’s football team, the Redskins, the Washington R-words because prissy white liberals claim that Native Americans are offended by it?

Did we possess a disinterested and ignorant citizenry that sits idly by, unable to drum up the same level of disgust for a President using executive orders and regulatory authority to dismantle, circumvent, and delay bills passed by Congress and signed by the President?

Our nation has gone from a vibrant constitutional Republic to a hapless, secular, European-style social democracy, in which a country of once proud warriors, who took on the world’s most evil nations and literally nuked them, now takes pride in who is the most prominent and current victim.

No one seems to care.

And now the Left has latched on to a new cause, a cause of such gravity that the NAACP is calling for the DOJ and Secret Service to investigate. The Missouri State Government is demanding trips to re-education camps (known in the 21st century United States as sensitivity training) because of it.

In their crosshairs are rodeo clowns, those lovable decoys at rodeo events who protect bucked riders, now getting run down by a new type of bull. What is the great crime of these hapless buffoons? Disrespecting Obama. How? By wearing an Obama mask and asking the crowd if they want to see Obama get run down (which is obviously an empty threat since Obama’s already swimming in an ocean of his own bull).

Sound familiar? There’s precedent. A judge in Detroit already ruled that the city couldn’t declare bankruptcy because it would dishonor Obama.  All hail Big Brother.

Worse yet, Democrats have shifted the parameters of reasonable commentary and social conduct so far to the Left that Missouri Republicans not only felt the need to comment on so mundane and petty a situation, but also felt the need to denounce the rodeo clowns.

As Nancy Pelosi once said, “Are you serious?”

Unfortunately, they are. It’s too bad so many Americans aren’t.