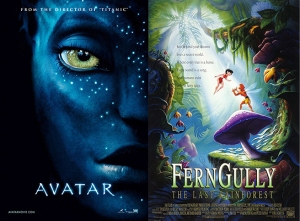 The root of all evil isn’t Satan. It’s Climate Change.

And now the Left is sucking the US military into its holy war.

The United States Armed Forces, lacking the bandwidth to be the world’s policeman, will now launch a pre-emptive war against the Earth’s carbon levels.  Consider FernGully in lockdown.

Can the military handle it? By jove, we’re going to find out:

Regardless of one’s position on climate change, it’s hard to imagine what immediate purpose the awesome might of the United States military could have in a century-long effort to fight a two-degree Fahrenheit change in temperature.

It’s not a military problem. Thus, there’s no military solution. 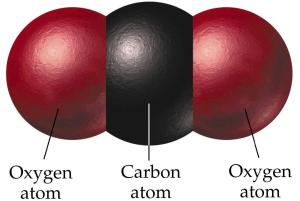 Men, here’s your target. Don’t fire til you see the vibrational bands of their double bonds.

Yeah, we get it.  It’s part of the human condition: We are all Barbies in the Playhouse, and politicians are the lipstick-smeared four-year-olds with that maniacal glint in their eyes.

Too many of our institutions have already been caught up in the madness.

But don’t do this to the military. Don’t let them be consumed by this PC groupthink nonsense. The work they do, even if encumbered by the normal bureaucratic shenanigans of government, should have some meaning at the end. President Obama’s and SecDef Hagel’s pathetic excuse for leadership makes that less likely.

How deep is the groupthink?

From the article, this sentence is either complete dishonesty or pure stupidity. Biased is one thing, but they should be embarrassed to say something so incredibly lacking in any insight whatsoever, and pretend expertise is behind the naive claim. Mush-brained nonsense:

Experts say that Mr. Hagel’s increasingly prominent role in pushing for a new global climate change treaty is a sign of how urgent the issue has become. 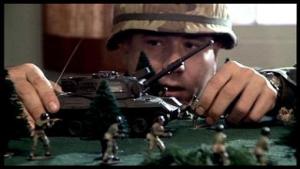 Don’t worry. Chuck Hagel is on it.

Our ‘experts’ aren’t any better. Putting aside for a moment how flat out nuts this is (another “satire is dead” moment), what a troubling excuse for ‘analysis’:

Dr. King and other experts said that the broadened approach would include considering the role that climate change might have played in contributing to the rise of terrorist entities like the Islamic State.

“Climate change and water shortages may have triggered the drought that caused farmers to relocate to Syrian cities and triggered situations where youth were more susceptible to joining extremist groups,” Dr. King said. The Islamic State has seized scarce water resources to enhance its power and influence.

Jihadists are sawing off American journalists’ heads on camera and proudly broadcasting the video to the world, and you’re speculating that, in the desert, where it’s been desert for millenia, that a few more farmers in the cities turned the local youth into Children of the Corn?

The fairies and Na’vi applaud you, my friend.