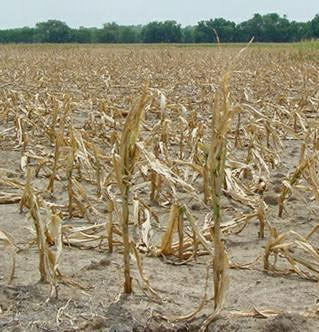 In the second Hunger Games novel, pragmatic heroine Katniss attends a lavish banquet hosted in “The Capitol.” Katniss, from a district hovering at the cusp of starvation, is revolted to find out that Capitol natives maximize their food options by drinking glasses of a syrup-of-ipecac-like substance, purging their stomachs so they can continue to gorge themselves.

What would she think of the U.S. Capitol’s current ethanol mandates that inventively waste food by burning it off in car engines, a policy based on debunked environmental benefits and a handful of votes in a battleground state?

Saving Obama the trouble of appointing yet another commission to study the issue, the deleterious effects of biofuel subsidies and mandates have already been well documented.

Both the public and private sector have catalogued in-depth the rise in food prices caused by the 2007 Energy Independence and Security Act that reallocated corn harvests from hungry stomachs to internal combustion engines. The Congressional Budget Office showed that the mandates accounted for ten to fifteen percent of the price rise from 2007-2008, and the National Chicken Council commissioned a study showing a seventy-nine percent acceleration in the Consumer Price Index for meat, poultry, fish, and eggs since the bill went into law. A full forty percent of the current corn crop is dedicated to fuel instead of food.

On top of these existing price rises, the USDA’s latest production forecast predicts that corn and soybean production will be down 12% from last year due to the ongoing and severe drought ravaging corn crops in the heartland. While the United States recovers from a limp economy and continues to pay out food stamps to 46.4 million citizens, current ethanol policy increases the price of these handouts even as our national debt approaches a staggering $16 trillion. The USDA forecasts that by the end of 2012, domestic grocery prices will have risen another 2.5 to 3.5 percent.

As the leading food exporter in the world, U.S. commodity shortfalls affect food prices across the globe. The U.N. Food and Agricultural Organization’s overall food price index climbed six percentage points in July alone. A Tuft University report shows that U.S. ethanol policy caused our Mexican neighbors to incur an additional $1.5 billion to $3.2 billion in import costs from 2006-2011. This while millions of its citizens illegally fled to the United States to escape poverty. Mexico’s most recent food riot was in 2008, and it may only be a matter of time before the next one.

Organizations such as the Council on Foreign Relations have described the cause and effect relationship between food price inflation and civil unrest as a serious factor in the Egyptian uprisings from 2011. While Yemen, Kuwait, and Algeria curbed food prices to prevent revolution in their own nations, many other African nations were not as fortunate in stemming the rising tide of violence. While the “Arab Spring” descends into the “Arab Nuclear Winter” and the Eurozone implosion moves apace, what’s a few more starving populations or Syrian massacres?

This past record and the potential for more human misery is still not enough to push U.S. policymakers into choosing the right path. Rather than take more oil out of the ground to produce gasoline, the U.S. government has decided to continue taking food out of hungry mouths around the world. It’s a morality so backward that even the United Nations issued a report asking the EPA to knock it off.

Instead, the EPA doubled down. The rising food price estimates don’t even factor in last week’s Appeals Court decision to allow the new EPA E15 program to move forward, upping the percentage of ethanol per gallon from 10% to 15% for vehicle years 2001 and newer, which turns two-thirds of the existing United States car fleet into an even larger bonfire of environmental vanity.

Relief is available. A study by Purdue University economists shows a potential 5.6% drop in corn prices if the RFS requirements were waived, which would not require extra-constitutional action. A noted refrain of environmentalists is “think globally, act locally.” The EPA should take this advice.

Section 211(o)(7) of the Federal Clean Air Act, as amended by the 2007 EISA, allows the Obama administration to waive the requirements for one year if the requirements should cause severe economic harm to a state or region. The Democrat governors of Maryland and Delaware sent a letter to the EPA arguing this point. A bipartisan spectrum of U.S. Senators also requested this waiver in a letter to EPA administrator Lisa Jackson. As Ms. Jackson is the same official continuing to fine gasoline producers for not incorporating pixie dust into their blends, relief from that source is unlikely.

Given the administration’s prolific use of waivers for Obamacare, immigration policy, welfare work requirements, etc., it’s hard to understand what the sticking point here is, until you remember there’s an upcoming election. Obama, who said his domestic and foreign policy accomplishments surpass “any president — with the possible exceptions of Johnson, FDR and Lincoln,” could make a real foreign policy difference by waiving the mandates tomorrow. Yet how does our commander-in-chief feel about our current biofuel policy? Deputy White House Communications Director Jen Psaki said that Obama “absolutely believes in it.”

Of course he does. Iowa’s in play.

At the 1985 Live Aid Concert, the great voices of the generation sang “We are the World” in support of starving Ethiopians ravaged by drought, but now it’s “You are the Collateral” of the radical environmental agenda and corn-producing special interests.

Where are today’s stars who frequently lecture the public on environmental causes and feeding the hungry? Perhaps they’re too busy hosting lavish banquets for Obama fundraisers.