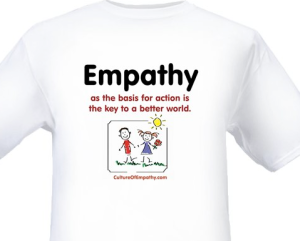 Austerity is causing children to be abandoned? Well then why don’t we end this vicious austerity? And then run out of town whoever had the rotten, heartless idea in the first place!
If only it were so simple.
But as much as the statist class protests otherwise, austerity is not some devious plan hatched by a right-wing Dr. Evil from his hideout on an obscure Greek island. Austerity is instead the euphemism for big government junkies in Europe trying to cope with coming down from their high. The article begins:

As the euro zone debt crisis deepens and austerity measures take their toll across Europe, the number of young children and babies abandoned across the region has increased, according to local charities.

We hear endlessly about the right’s lack of compassion. Our current leftist president chose “empathy” as the determining factor in his selection of a Supreme Court justice, necessarily implying that his ideological counterparts don’t concern themselves with that emotion.  His government-centered cradle-to-grave mindset so perfectly captured by the nauseating Life of Julia cartoon is how Euro countries like Spain, Portugal, Italy and Greece have organized themselves for decades. How’s that working out?

The rise in the abandonment of infants across Europe is most visible in the spread of “baby hatches” or “boxes” across Europe, where unwanted infants are left anonymously.
…According to SOS Villages, a European charity that attempts to help families in financial hardship before abandonment occurs, in the last year alone 1,200 children in Greece and 750 in Italy have been abandoned. That is almost double the 400 children abandoned in Italy a year ago, and up from 114 children abandoned in Greece in 2003.

Not only are these children riddled with stifling debt upon birth, now they’re also without capable, loving parents to help guide them through this mess. Maybe they can one day start a business selling t-shirts, ‘Orphaned and already thousands in debt, and all I got was this lousy empathy’.

“We are really afraid that in the future we will have a big number of families that cannot manage to keep their own children because of these problems.  We are trying to be ready for this,” he said, but the government must keep on funding social welfare services.”
“[The government must] stop downgrading services in the name of the austerity measures.”

Fund those services with what? There’s no money left. Europeans decided to forgo God, abandoning churches like they’re abandoning babies now, and worship the financial security provided by the state. Only it turns out that the government lacked a key feature in a god: omnipotence.

“Article 7 of the United Nations Convention on the Rights of the Child, states that every child has ‘the right to know and be cared for by his or her parents,’ he said.

“When a child is abandoned, this right is violated”, he said.

You mean positive rights are worth the paper they’re printed on? Don’t tell the “Obama is gonna pay my mortgage” lady.

After bleeding the private sector dry, Europeans are learning Margaret Thatcher 101, that the problem with socialism is you eventually run out of other people’s money. Their once vibrant populations are so accustomed to and in turn weakened by government guarantees that they’ve been rendered incapable of the basic self-reliance necessary to care for one’s own children. Not surprising, because the path to a nation’s financial bankruptcy always includes a stop at moral bankruptcy first. Government workers in Greece violently rebel at minimal cuts to their benefits, and orphaned children bear the brunt of it.

But maybe those unfortunate kids will beat the odds, learn by necessity to care for themselves, and then revive the private sector by starting businesses like my empathy t-shirt suggestion. Nah, scratch that last part, the licensing and permit process is too damn cumbersome.