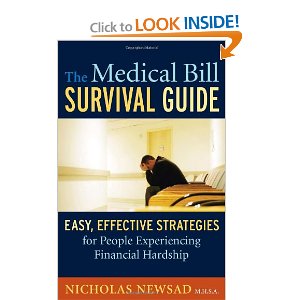 In Charles Murray’s 2009 AEI speech “The Happiness of the People”, he simply but brilliantly describes the main purpose of the European Social Democrat state as “taking some of the trouble out of things”. The problem with this, which he discusses at length, stems from family, community, vocation or faith being sapped of some of their vitality and meaning with each instance of government intervention into those spheres.

In the latest sympathy piece on the potential effects of Obamacare being overturned by the Supreme Court, CNN puts Murray’s concerns on full display:

Millions of young adults have turned to their parents’ health insurance plans since the Affordable Care Act went into effect. For Liz Wilson, and many others her age, it was the only option.

Wilson, 25, gets health care for a chronic stomach and pancreas problems through a provision in the law that lets young adults stay on their parents’ insurance plans until age 26. After graduating from college in 2010, she took a temp job in Cincinnati that doesn’t offer benefits. A key piece of the Affordable Care Act went into place the following September, allowing her to get coverage for her mounting medical bills under her parents’ plan.

“I have to keep a close eye on things, which requires a lot of doctors’ visits and maintenance medicines,” Wilson said. “Without health reform, I’d really have to ask myself what I’d do.”

That last quote could just as easily read, “Without the government, I’d have to take responsibility for something important in my life.” But as government takes more of “the trouble out of things”, we’re programming a society into accepting the premise that nothing important in life is worth earning, or struggling for. And we’re left with the impression that it’s a tragic injustice for Ms. Wilson to be forced to budget for regular doctor visits.  Even if you believe Murray or I have the moral calculus wrong, and the government has an obligation to take away Ms. Wilson’s and other similar troubles, know that the financial calculus of government distortion of another market will eventually become evident. Economic reality will assert itself, just as it did with the housing bubble, or on a nationwide scale with Greece.

If the provision is struck down, “It’s likely [young adults] will go back to them being uninsured,” she said, “because buying insurance on their own can be expensive.” The nationwide average premium individuals in 2010 was $215 per month, the Kaiser Family Foundation reported.

An iPhone plan also “can be expensive”, usually about half of the supposedly exorbitant $215 quoted above by Kaiser, but plenty of the OWS gang still managed that without a government guarantee. Any sane society should scoff at complaints that the best medical care in world history should cost less than leasing a Kia, or be obtained without some sacrifice. But in a nation led by politicians who view requiring a balanced budget to be heartless, racist, and everything else horrible, well… maybe we’re not a sane society.

That’s too much for many 20-somethings. Maya Orchin, a 24-year-old professional dancer living in New York City, says the cost of buying insurance isn’t worth it for her if the court rules that she can’t stay on her parents’ plan. “It would be really scary, especially because I depend on my body for my job,” she said. “But … I’m relatively healthy and thankfully don’t have any injuries that I need to get checked for, so it’s not where I’d put my money.”

We began with the truly sympathetic case of Ms. Wilson, and now we end with Charles Murray’s thesis personified in Ms. Orchin. By her own account, her health is absolutely critical to her profession, she can afford insurance, but… she doesn’t feel like it? In our forever adolescent society, we learn to accept the bureaucracy as we wait on line at the DMV to get our driver’s license, but our daddy, Big Government, is expected to hand us the car keys and cover the insurance.

The story quickly cuts back to Wilson, and the true and admittedly troubling extent of her medical bills, which reach tens-of-thousands of dollars. But the two women’s situations are completely dissimilar and unrelated, only woven together to tell a politically motivated story. Instead of policy focused on the truly needy, Tiny Tim’s dire straits are used to justify making life a bit easier on Cinderella, who is now free to dance the night away without any worry that the glass slipper may not fit and could lead to an ankle injury. In the liberal dream she’ll be dancing alone and singing to the government the final verse of Rod Stewart’s Have I Told You Lately, “…ease my troubles that’s what you do”.