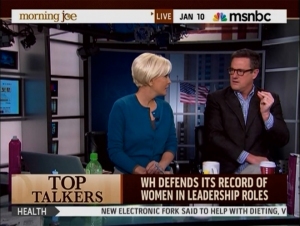 Ted Cruz took to the Senate floor this week and spoke out passionately against Obamacare for twenty-one hours straight. Because the speech did not technically qualify as a filibuster due to arcane Senate rules, initial reports tabbed Cruz’s Herculean effort as “fake”.

On his way to the 11pm-1am shift of Cruz’s epic floor speech, Connecticut’s Democratic Senator Chris Murphy angrily grumbled on Twitter that Cruz was conducting a “fairy tale non-filibuster.”

In other Twitter news, the next day it was revealed that the artist-formerly-known-as-the-leader-of-the-free-world, President Barack Obama, had 19 million Twitter followers… that are fake.

Likewise, when a Democratic Congress was ramming through Obamacare against the public’s will, the President claimed that you could keep your plan and doctor if you like them, and yearly costs for individuals would go down $2500. Those claims turned out to be… fairy tales.

When the morning shows kicked off a few hours later as Cruz’s fraudulent-fake-fairy-tale-non-filibuster continued, the cast of MSNBC’s Morning Joe disgustedly called Cruz a “phony”. But if you have eight free minutes and want to see some real phonies exposed, watch Russell Brand’s epic takedown of that same cast’s entire modus operandi. As Brand explains it:

“I was surprised by the soundman’s impatient intrusiveness and yet more surprised as I stood just off set, beside the faux-newsroom near the pseudo-researchers who appear on camera as pulsating set dressing, when the soundman yapped me to heel with the curt entitlement of Idi Amin’s PA.”
He goes on to say that when he sat down, he realized what he was in for, claiming that he became aware the show was broadcasting “the shrill white noise of dumb current affairs.”
“One of the things that’s surprising when you go on telly a lot is that often the on-camera ‘talent’ (yuck!) are perfectly amiable when you chat to them normally, but when the red light goes on, they immediately transform into shark-eyed Stepford berks talking in a cadence you encounter nowhere else but TV-land — a meter that implies simultaneously carefree whimsy and stifled hysteria.”

When a guy once married to Katy Perry is appalled at your artificiality, it takes real chutzpah to call someone else a phony.

Our federal government and the media bubble that encompass it are a façade, held together by a mutual non-disclosure agreement. Given the revolving door of journalists in and out of administration appointments at the highest levels of government it’s hard to see how the two entities wouldn’t become fundamentally intertwined, blurring the lines of information/marketing/propaganda.

Unsurprisingly, the seething anger directed at Cruz from Congressmen and media members comes with one voice and isn’t motivated by any principled disagreement with his position, but rather at his audacity in daring to poke at the bubble. Cruz’s twenty-one hours included an impressive amount of substance and periodically showed his remarkable debating skill whenever a Democrat was dumb enough to ask him a question, despite the dishonest portrayals of it being all about Nazis and Green Eggs and Ham. But the Cliffs notes version was really just one simple message to his colleagues: Obamacare is a corrupt and poorly thought out joke. It’s time to stop pretending to take it seriously, or that support for it is based on anything but embarrassment about voting for it in the first place.

The message stings because it threatens the façade that Washington, DC is full of enlightened people doing serious things. Cruz is like Will Ferrell’s Mugatu at the end of Zoolander, screaming: “The man has only one look for Christ’s sake! Doesn’t anyone notice this?! I feel like I’m taking crazy pills!”

Speaking of crazy pills, John McCain took the floor after Cruz to criticize separation of powers, and advocate for democratically elected dictators. Or something:

“I’d remind my colleagues that, in the 2012 election, Obamacare, as it’s called — and I’ll be more polite, the ACA — was a subject that was a major issue in the campaign… Well, the people spoke. They spoke, much to my dismay, but they spoke and they re-elected the President of the United States.”

The generous view of McCain’s spiteful speech is that we have democratic processes in place to redirect such monumental decisions. In theory, that’s a reasonable perspective… until you remember that Obama has at times completely disregarded the very law he signed and thus the Constitutional processes McCain advocates. The individual mandate delay, countless waivers, and subsidies to Congressmen’s staffers are a few prime examples that explode the main “fairy tale” that the “Affordable Care Act” is a text describing binding law rather than a canvas for liberals to reshape society via the health care system.

When you add the leftist social engineering to the law’s unpopularity and the shady reconciliation-dependent nature in which it was rammed through, that it was only after the election that the IRS, integral to the law’s enforcement, was proven to be every bit as corruptible as the law itself, then Cruz’s tactics become more justified.

(Also, “the people spoke” in the last two elections when they elected Republicans majorities in the House. No reason Obama shouldn’t have to submit to their duly elected power of the purse.)

Finally, Morning Joe‘s Joe Scarborough, a man who puts makeup on every morning before telling everyone what he thinks is wrong with the world, called Cruz a “narcissist.”

So is Cruz a narcissist?

Of course! Anyone who drives around for a year trying to convince 26 million to people to vote for him is bound to be. But Barack Obama tried to convince 300 million people not only to vote for him, but once they did, to put him in charge of their health care. And how did he start making that case back in 2008? By pretending to speak normally while actually reading from a teleprompter, all while standing in front Greek columns… that were fake.