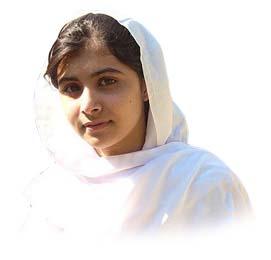 In the second presidential debate, a young woman asked the candidates, “In what new ways do you intend to rectify the inequalities in the workplace, specifically regarding females making only 72 percent of what their male counterparts earn?”

Rather than discuss the reasons why the wage gap will always exist, each candidate parlayed the question into his own talking points on how he has supported women’s equality in the past. Romney discussed his efforts as governor to increase the number of females in his cabinet (more spacious accommodations than the rest of the women who remained in his “binders”). Obama discussed the Lily Ledbetter act, which is more of a tool of vengeance for women with past grievance than a solution to eradicating any perceived inequalities currently in play.

Then Obama discussed how he mandated that insurance companies cover contraceptives. He emphasized this point, clearly believing that this action marks him a champion of women’s rights.

In July, Democrats held a fake hearing in the House of Representatives and recruited 31-year-old Sandra Fluke, a Georgetown law student, to fake testify on birth control mandates. Talk radio host Rush Limbaugh ridiculed the spectacle and engaged in crass attacks on Fluke herself. For this and for panhandling for birth control in the halls of the Capitol, Sandra Fluke received a phone call from President Obama in which he voiced his support.

Will Malala Yousafzai get a call from Obama?

Malala Yousafzai is a fifteen-year-old Pakistani girl. Malala did not pass legislation to line lawyers’ pockets or champion free abortifacients.

Unlike Obama, Fluke, and Romney, Malala labored for women’s rights in anonymity, blogging for the BBC since 2009 on the plight of women in Swat Valley, a notorious free-for-all of Taliban oppression thanks to the tacit permission of Pakistan’s government. She blogged even as other women were dragged out of their homes and publicly flogged for perceived crimes. She blogged while Malala’s own father, a man who’s done more for women’s rights than most any elected politician, sleeps in a different house every night because he fears Taliban agents will hunt him down for continuing to keep open his school for girls. While Sandra Fluke picked and chose amongst a multitude of higher education options based on which one will give her the best platform to practice her First Amendment right to be petty and belligerent, Malala is stuck in Swat Valley under the constant threat of torture and death for wanting to go to school at all.

Malala finally left anonymity behind, openly defying the de facto authority of the Taliban by seeking the basic right to an elementary education. She did this despite knowing she was on their hit list. Returning home from school on October 9th, Malala’s bus was stopped by Taliban agents. They specifically asked for her by name. Once she was identified, the Taliban gunmen made good on the promise of the hit list and shot her in the head and neck.

For her efforts to get free goodies from the government, Sandra Fluke received a prime speaking slot at the Democrat National Convention. For her efforts to gain equal rights for women, Malala got a bullet in the throat. She currently is clinging to life in a United Kingdom hospital, while a Taliban spokesman vows to finish the job if she survives.

The Taliban gunned down Malala because she is a woman, not because of a political position she held. In that sense, her battle was truly for women’s equality and women’s rights. The Democrat fight for government guarantees to free contraceptives and abortifacients is about the willingness of government and its citizens to cast aside the entire notion of equality in order to hand out goodies to a special interest group at the expense of other taxpaying citizens.

Since the candidates insisted on dancing around the question about the wage gap, instead of talking points about perceived slights in American society, it would have been nice if Romney or Obama had parlayed their answer into a discussion on a real women’s rights issue by bringing up the case of Malala Yousafzai, and in the process educated a country that has lost all perspective on the subject.