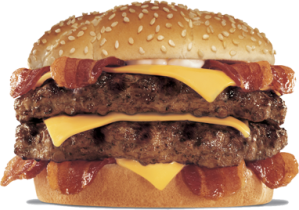 As the saying goes, “If you don’t stand for something, you’ll fall for Angus King.”

Likewise, there’s the Biblical story of King Angus, who proposed cutting the baby in half. When the true mother insisted that the other woman take it rather than see the baby killed, King Angus wisely said, “No, I really think it would be best if I just cut the baby in half.”

Apparently the residents of Maine take these lessons seriously, because former governor Angus King is the heavy favorite for the state’s open Senate seat. As the Washington Post reports, Mr. King is running on the message that, like Angus beef, no one has any idea what he’s made of:

PORTLAND, Maine — Angus King, the popular former Maine governor and favorite to be the state’s next U.S. senator thinks the way to win an election in 2012 is to stake out the middle ground, crusade against partisanship and present himself as a devout independent.

It is a bold strategy is this hyperpartisan age, but the depths of his moderation are captured by two photographs positioned side-by-side in his campaign headquarters; one of Ronald Reagan, the other of Robert F. Kennedy.

Moderation is a glass of red wine a night; Angus King’s choice of political heroes, like fasting all week and then spending the entire weekend camped out at an all-you-can-eat buffet, is irrational. Bold is Paul Ryan laying out a plan for national fiscal solvency, or even Obama offering up another half-trillion dollars in stimulus after the first one didn’t work. King’s self-flattery, on the other hand, shows that the only “depth of moderation” is shallow.

Lest we think this is all a cynical election strategy, King assures us that, once elected, he plans to continue to play hard-to-get:

King said he has never spoken to Senate Democratic leader Harry M. Reid (Nev.) or Republican leader Mitch McConnell (Ky.), but he understands that he may eventually have to choose between them. “I don’t want to stand in the middle of the aisle and say I’m an independent and not have a committee assignment,” he said. “That’s sort of self-defeating, and it wouldn’t be fair to Maine. If it’s necessary to join a caucus and get a committee assignment, I’ll do it.”

To paraphrase: King isn’t beholden to any principle or philosophy, only his own relevance, and power. He’d also like us to believe that he has no way of making that choice now:

It will depend on the terms, however. “What does join a caucus mean? Does it mean casting one vote to organize the Senate and then you’re on your own? Or does it mean you have to truly join the caucus, go to the meetings and participate fully or you lose your committee assignments?” he said. “How the parties handle that with me is going to have a significant influence on my decision.”

Has anyone ever been elected with the campaign motto “Isn’t ‘caucus’ a funny word”? King may be ‘bold’ in that regard, as he tries to obfuscate his way into office:

“If you have a series of leaks in the pipes in your house and your wrench is broken, you never get to the leaks,” he said. “Talking about this unfunctionality of Congress is not an academic exercise. It’s fundamental to then get to a place where we can get to these problems.”

To extend the analogy: If you make a purchase from a hardware store where the owner won’t tell you whether you’re getting a wrench, pliers, or a hammer, then you’re the tool. Also, if you elect a Senator who has no principles and thinks “unfunctionality” is a word, you’re likely to get what you deserve.

1 thought on “Angus King of the Moderates”